The following can be used with your family, as a Christmas children's sermon, or with any other group as an interactive and fun way to share the Christmas story in a new, fresh way and including the message of God's promise through the Gospel! 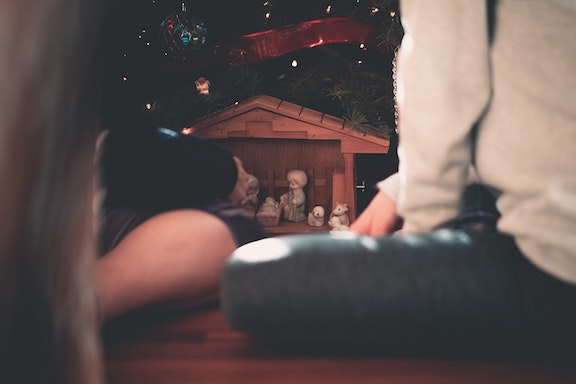 The Christmas story…where do we begin?  In a manger? With the angels or a tiny baby?

No…let’s go back to the beginning…way back to the very beginning – before mangers, before the angels, before any tiny baby or any other creation.

Genesis 1:1 begins the story of “The Promise”…”In the beginning God.”  God began it all, and Jesus was there in the beginning.  He is God and He created all.  The Gospel according to John begins:

The world God created was GOOD!  It was perfect!

But then something happened.   You see, God created us (men, women, boys & girls) to know Him and to love Him.  Love cannot be forced though; it must be a choice.  So God gave each of us a choice to love Him back…or not to love Him back.

God placed Adam & Even in a perfect place, but they chose to not trust God; they chose to disobey God.  That’s called sin.   They chose something else over loving God, and because of that, the world needed a Savior…we each need Jesus as our Savior!

You see, before time began, before the world was created, God made a choice – a choice to love us – me, and you, and you…[may want to actually call out names of those present] and to give us “The Promise”.

“For God so loved the world that He gave His one and only Son, that whosoever believes (trusts) in Him (Jesus) shall not perish but have eternal (everlasting) life.”

From the time The Promise was given in Genesis, God’s people watched and looked for the coming of their King, their Savior.

In those days a decree went out from Caesar Augustus that the whole empire should be registered. 2 This first registration took place while Quirinius was governing Syria. 3 So everyone went to be registered, each to his own town.

4 And Joseph also went up from the town of Nazareth in Galilee, to Judea, to the city of David, which is called Bethlehem, because he was of the house and family line of David, 5 to be registered along with Mary, who was engaged to him and was pregnant. 6 While they were there, the time came for her to give birth. 7 Then she gave birth to her firstborn Son, and she wrapped Him snugly in cloth and laid Him in a feeding trough—because there was no room for them at the lodging place.

8 In the same region, shepherds were staying out in the fields and keeping watch at night over their flock. 9 Then an angel of the Lord stood before them, and the glory of the Lord shone around them, and they were terrified. 10 But the angel said to them, “Don’t be afraid, for look, I proclaim to you good news of great joy that will be for all the people: 11 Today a Savior, who is Messiah the Lord, was born for you in the city of David. 12 This will be the sign for you: You will find a baby wrapped snugly in cloth and lying in a feeding trough.”

13 Suddenly there was a multitude of the heavenly host with the angel, praising God and saying:

14 Glory to God in the highest heaven,
and peace on earth to people He favors!

15 When the angels had left them and returned to heaven, the shepherds said to one another, “Let’s go straight to Bethlehem and see what has happened, which the Lord has made known to us.”

16 They hurried off and found both Mary and Joseph, and the baby who was lying in the feeding trough. 17 After seeing them, they reported the message they were told about this child, 18 and all who heard it were amazed at what the shepherds said to them. 19 But Mary was treasuring up all these things in her heart and meditating on them. 20 The shepherds returned, glorifying and praising God for all they had seen and heard, just as they had been told."

[Do note that time had passed before the wise men arrived - possibly up to two years.}

"After Jesus was born in Bethlehem of Judea in the days of King Herod, wise men from the east arrived unexpectedly in Jerusalem, 2 saying, “Where is He who has been born King of the Jews? For we saw His star in the east and have come to worship Him.”

3 When King Herod heard this, he was deeply disturbed, and all Jerusalem with him. 4 So he assembled all the chief priests and scribes of the people and asked them where the Messiah would be born.

5 “In Bethlehem of Judea,” they told him, “because this is what was written by the prophet:

6 And you, Bethlehem, in the land of Judah,
are by no means least among the leaders of Judah:
because out of you will come a leader
who will shepherd My people Israel.”

7 Then Herod secretly summoned the wise men and asked them the exact time the star appeared. 8 He sent them to Bethlehem and said, “Go and search carefully for the child. When you find Him, report back to me so that I too can go and worship Him.”

9 After hearing the king, they went on their way. And there it was—the star they had seen in the east! It led them until it came and stopped above the place where the child was. 10 When they saw the star, they were overjoyed beyond measure. 11 Entering the house, they saw the child with Mary His mother, and falling to their knees, they worshiped Him. Then they opened their treasures and presented Him with gifts: gold, frankincense, and myrrh. 12 And being warned in a dream not to go back to Herod, they returned to their own country by another route."

“The Promise” came when that one silent night in the small town called Bethlehem, a child was born of a virgin.  The Promise was given birth and breath filled His lungs as the only Son of God took on human flesh.  God stepped down to earth and became a man to open the Way for mankind (each of us) to return to Him.

“ For God did not send the Son into the world to judge the world, but that the world should be saved through Him.  He who believes in Him is not judged; he who does not believe has been judged already, because he has not believed in the name of the only begotten Son of God.”

“Jesus said to him (Thomas), “I am the way, and the truth, and the life; no one comes to the Father, but through Me.”

“that if you confess with your mouth Jesus as Lord and believe in your heart that God raised Him from the dead, you shall be saved; for with the heart man believes, resulting in righteousness, and with the mouth he confesses, resulting in salvation.”

So we see the Christmas Story didn’t begin in Bethlehem, but in the very beginning when God chose to love us and make a way for us to love Him back through choosing to trust Jesus as our Lord and Savior!

“We love, because He first loved us.”

What a Promise!  And the Promise keeps pointing forward just as the wise men kept watching and following the star to lead them to worship King Jesus, so it should do the same for us.

The Promise continues…He is coming back!  May we keep watch in a spirit of worship!

God used prophets in the Old Testament to point to the Messiah's birth. Here are a few of the most well-known Christmas Bible verses of prophecy:

"Therefore, the Lord Himself will give you a sign: The virgin will conceive, have a son, and name him Immanuel"

"For a child will be born for us,
a son will be given to us,
and the government will be on His shoulders.
He will be named
Wonderful Counselor, Mighty God,
Eternal Father, Prince of Peace."

"Bethlehem Ephrathah, you are small among the clans of Judah; One will come from you to be ruler over Israel for Me. His origin is from antiquity, from eternity."

Why include Christmas Bible verses in our celebration?

Gods' Word does not come back void (Isaiah 55:11).  As we speak and share the Word of God, it is living and active (Hebrews 4:12) and can change lives like no other words however eloquently spoken by humans.

As a family, make sure to share Christmas Bible verses with your children so they may see that this is not just a "story", but a very real historical event.  It is truth.

Other ways to include Christmas Bible verses in celebrations:

Even more ways to keep Jesus as the Reason of your celebrations: 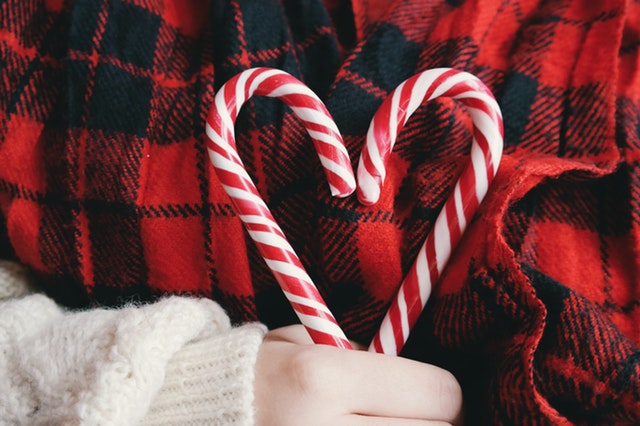