The Bible Story of Adam & Eve - The beginning of The Promise

The Bible story of Adam & Eve shows how God created man for relationship.  It is important children, as well as the rest of us, understand this and also the following: 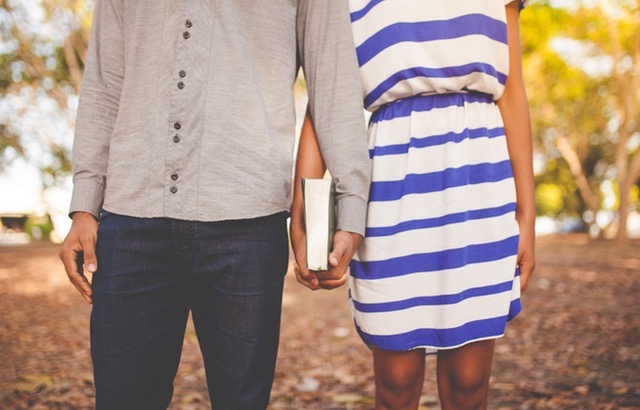 When God made humans, He did more than speak; He touched.  God took the dust of the ground and formed man. Then God breathed life into man.  We humans were made differently and made to be different.  We were created in the image of God, to look like Him and to know Him.

God placed the first man Adam in a perfect garden and let him name all the animals.  God saw that Adam needed someone like him, a helper.  God caused Adam to fall into a deep sleep, took one of his ribs and formed woman.  She was called Eve.

Adam and Eve walked and talked with God.  They knew Him and had a relationship with Him.  God had also given them a will.  They could choose.  He did not make them puppets where they had to do what He said.

God wanted them to be satisfied and choose Him and enjoy all the good things He gave them.  But God gave them a choice - to love and obey Him or to reject Him and His love.  True love cannot be forced; it has to be given as an act of our will.

God told them they could have everything in the Garden of Eden except they were not to eat from the tree of the knowledge of good and evil.  God wasn't keeping anything good away from them; He was trying to protect them from knowing evil.

Satan,  appearing as a serpent, caused Eve, as well as Adam, to doubt God.  He tempted them to want more.  He twisted the truth into a lie saying, "Did God really say not eat from any tree of the garden? Surely you will not die!"

Both Eve and Adam chose what they wanted over what God said was best.  They believed and trusted Satan and themselves over trusting God.  They chose their own way instead of God's way. And when they did, it was called sin.

Sin caused them to feel separated from God and they hid in the garden.  They tried to cover their sin themselves by making coverings of fig leaves, but their works could not cover their sin.

When God came to spend time with them, He knew what had happened.  He knew only innocent blood could cleanse and cover the guilt of their sin; so God made them coverings of animal skins.

There are always consequences of sin.  Adam and Eve had to leave the garden.  They had to leave the presence of God and all He had created for them including the Tree of Life.  They now would experience what God was trying to protect them from - pain, strife, sickness and death.

But God was already making a way for sin to be forgiven.  He was already building a bridge back to Himself for Adam and Eve and for everyone who ever lived.

One day Jesus, God's Son, would leave Heaven, come to earth and live a perfect life without sin, shed His own blood on a cross to pay for sin, and be resurrected to make a way back to God.

Just like Adam and Eve, God allows us to choose His way back to Him and accept Jesus to receive forgiveness for our sin or keep going our own way away from God and be separated from Him forever.

This game can be used as a family or church group Bible activity.  Most people call this game "Would You Rather"; it's point is to demonstrate how we each have the ability to choose.

You can either have kids stand on separate sides of a line or room to show their choice or have some sit and others stand.  Begin by asking - "Would you rather"

Continue with similar choices.  Point out that everyday we have choices to make and the most important choice is the same Adam & Eve had to make - to choose God or reject Him.  The Bible actually calls this choosing life or choosing death.