This simple object lesson is a great way to introduce how the Bible came to be and why we believe it is the inerrant Word of God.  This easy object talk is great for a children's sermon, Awana Club, family night worship or take it a little deeper for a full Bible lesson for youth or adults. 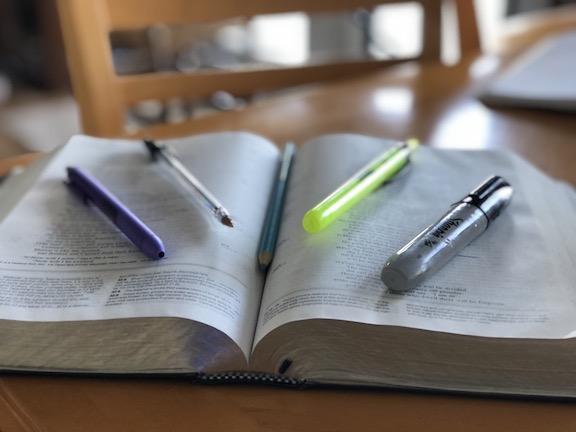 Lesson Summary:  Although God used men to write His Word, all Scripture has been inspired (breathed out) by God.

"All Scripture is inspired by God and beneficial for teaching, for rebuke, for correction, for training in righteousness;" NASB

"All Scripture is God-breathed and is useful for teaching, rebuking, correcting and training in righteousness," NIV

Everything written in Scripture is God's Word. He inspired every part; He breathed-out (spoke) it to men to write down.

Have listeners name as many writing tools as they can such as pens, pencils, markers, etc.

Show them the variety of writing tools you brought and discuss how different they are.

Choose one and tell them you are writing a message to them.  Hold up your message for them to see while pointing out that the words written on the page are your own words not the thoughts or words of the pen or pencil.

Explain that in a similar way God used approximately forty different men to write His Word, the Bible, over a period of about 1500 years.

Each man was different in personality.  They grew up with a variety of backgrounds during different time periods of history, but each wrote what God inspired them to write. They were writing tools used by God to write His words.

Because the Bible is God's Word not man's, we know it is inerrant.  That means every part of it is true because God is Truth.  We can trust Him and His Word. 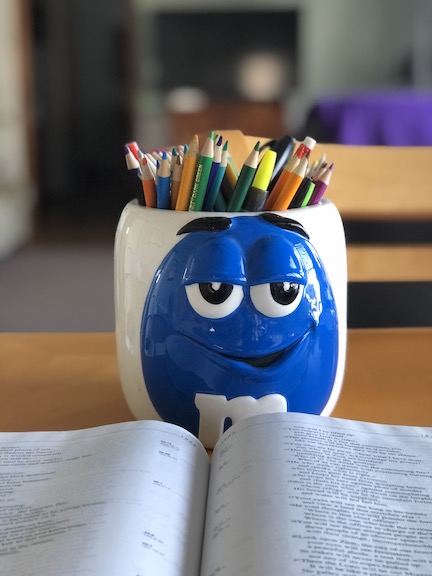 See how many of these more well known Bible writers can be named and discuss a bit about what we know of each. Divide them into groups and have them use their Bible knowledge to find actual Scriptures about each to share.  This can even be a contest giving points and a prize to the group who finds the most in a given amount of time.  I've listed a few known facts to get you started as examples.