A Book for Kids On Forgiveness
"I'm Not Just a Scribble..."

Connecting a book for kids with Bible lessons that teach godly character is a fun and creative way to reach kids whether they are your own or in a class you teach.  A story sticks in our memory.

Diane Alber's book for kids - "I'm Not Just a Scribble" published in 2017 is fairly new to the market, but I am so excited to get to share it here!

I was actually introduced to it on Instagram about a year ago and then had to have it!  Recently I used it as an art class activity with Kindergarteners, but it has so much to offer and is a great choice to pair with the Bible story of Joseph for a lesson on forgiveness. 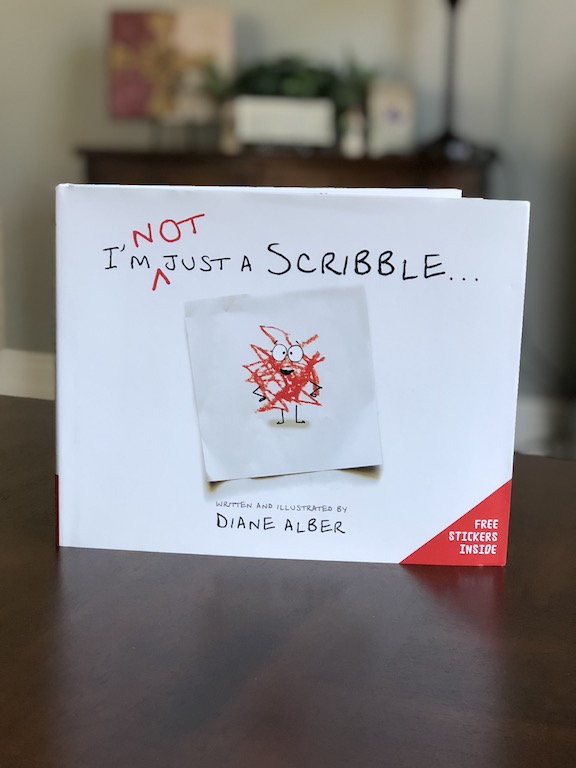 Scribble is unique and enjoys his differences until one day he meets a house, a sun and some clouds that refuse to play with him.  At first, Scribble is sad and angry, but then he refuses those feelings and chooses to be happy.  The others eventually decide to ask Scribble to play.  He forgives them and together they create a beautiful picture of fun and acceptance that is sure to put a smile on anyone's face! 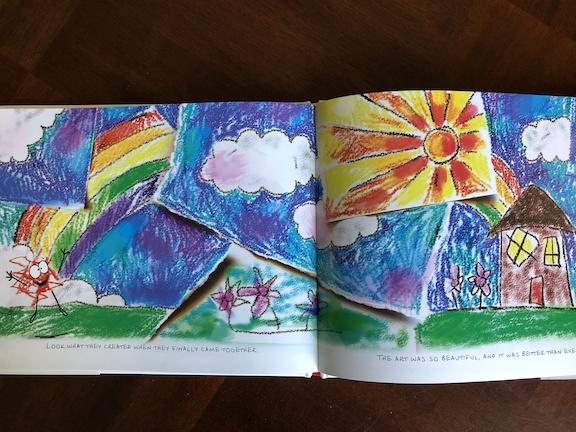 Using a book for kids to introduce a lesson helps kids "tune in" and  remember the deeper levels of the Bible lesson.  Diane's book may be purchased through her site - http://dianealber.com/ .  You can get a preview of it below also.

"Now Israel loved Joseph more than all his sons, because he was the son of his old age; and he made him a varicolored tunic."  Genesis 37:3

Like Scribble, Joseph was unique & different. He was favored by his father and this made his brothers jealous.  They did not like to be around him.  They threw him into a pit, then sold him into slavery.

"When they saw him from a distance and before he came close to them, they plotted against him to put him to death. 19 They said to one another, “[l]Here comes this dreamer! 20 Now then, come and let us kill him and throw him into one of the pits; and we will say, ‘A wild beast devoured him.’ Then let us see what will become of his dreams!”

How do you think this made Joseph feel?  How would you have felt?

Joseph's father had given him a coat of many colors to show how special he was.  In this book for kids, Scribble love colors too.  Take time to talk about different feelings and what color could be used to describe each such as - anger may be colored red, sadness-blue, happy-yellow, etc. This will give kids a tool to help them understand their own feelings.

Joseph could have remained angry with them and become bitter, but instead he chose to trust God and make the best of every situation.

Joseph could have held bitterness and anger against his brothers, against Potiphar and his wife, against the cup-bearer, but instead he chose to trust God.

God had a plan and Joseph trusted God.

How were both Scribble and Joseph treated wrongly?  How did they choose to act?  How could they have reacted in a way that would not have pleased God?

God honors and blesses us when we make good choices.  Also, we really only hurt ourselves when we choose to hold on to anger and bitterness.  No one can really "make" us angry, we have a choice for how we react.

God blessed Joseph's faith over and over.  Joseph became second in command of all of Egypt.  One day his brothers came to him for help although they did not recognize him.

Genesis 42:6 - "Now Joseph was the ruler over the land; he was the one who sold to all the people of the land. And Joseph’s brothers came and bowed down to him with their faces to the ground."

Revenge was within Joseph's power now.  He could have had them killed or beaten or at least sent them away to starve, but he did none of these.  Joseph chose God's way; Joseph chose to forgive and show them kindness.

Genesis 50:19-21 - "But Joseph said to them, “Do not be afraid, for am I in God’s place? 20 As for you, you meant evil against me, but God meant it for good in order to bring about this present result, to preserve many people alive. 21 So therefore, do not be afraid; I will provide for you and your little ones.” So he comforted them and spoke kindly to them."

Print a copy of this I Am Not Just a Scribble coloring page for kids to draw their own Scribble and friends.  I gave them wiggle eyes to glue on their Scribble once they finished coloring.

Another option is giving them a blank piece of paper to create their own Scribble characters and friends.  Have them make Scribble different colors and sizes to show the ways he may have felt.

Tell children that when they get angry or sad, a good tool to help them process their feelings is to draw, color or write about them.

We have probably all played Red Light, Green Light.  This similar game uses "I forgive you" or "I don't forgive you" to demonstrate how unforgiveness can divide and cause distance in our relationships with others and even God while forgiveness draws us back closer together.

Have one person volunteer to be it.  Everyone else lines up a few yards away.  Have a container with various hurtful actions written on slips of paper. With each action include the number of steps they are to move.

For the person who is "It", have a few slips that either have "I forgive you!" or "I don't forgive you."

Each person takes a turn to pull a slip from the container and reads the phrase.  "It" then chooses a card and based on if they draw "I forgive you" or "I don't forgive you," the person takes the number of steps either towards the person who is it or away from them.  The person who makes it all the way to "It" gets to be "It" next.

This forgiveness game helps students visualize how important forgiveness is in our relationships with each other as well as God.

Sample actions may include:

This special book for kids can be used to teach so many lessons; forgiveness is just one!

A printable copy of this lesson using a book for kids and the forgiveness game is also available.  It may be used without permission to teach small groups.

Another Bible lesson on forgiveness  uses a mirror as an object lesson; it's great for preschoolers too!