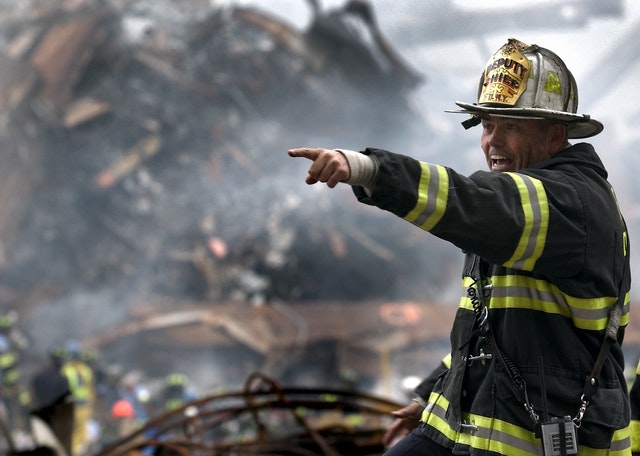 Lesson Summary: Using the example of Timothy, students will see that God can use them just the way they are, right now to make a difference in the world around them as He empowers them to be His heroes!

Preparation:  1) Print & cut apart the Memory Match cards for first activity.  2) Bring a real & fake plant (or similar item) for object lesson.  3) Make sure to have Bibles for “fitness test”.  4) You will need a pool noodle for “swordplay” game 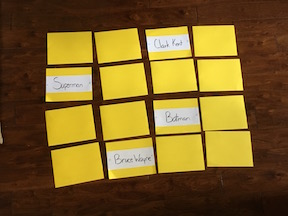 First ask students who they think of when they think of a “hero” and why.  Jot down answers on a white board or large sheet of paper placing them either under the heading of “Real” or “Make-believe” – for example:  firemen under “Real” and superman under “Make believe”.

Explain that even these make-believe heroes had ordinary identities such as Spiderman was really Peter Parker.  For this game students will turn over two memory match cards at a time trying to match a super hero with his/her ordinary identity by remembering where the names are.  Begin by having one student turn over two cards to see if they get a matching pair (Superman/Clark Kent, etc.).  If they make a match, they can try again; if not, the next person takes a turn until all matches have been made.

This could also be done in a "Game Show" fashion with two students facing off.  A Super Hero name is called and the first to grab a small object or slap an item like a piece of paper with a hero logo, gets to try to name the hero's undercover name first for their team.

Say – Even though these are make-believe heroes & characters, in real life - “God uses ordinary people in SUPER ways!”

Students that have been in an Awana Club will recognize and can probably write 2 Timothy 2:15 from memory, but may not know the context of it or even who wrote it or received it.  Have students look this verse up using different translations of the Bible; then see if a volunteer can write most of it on the board or paper from memory.  Others may give help too!

“Be diligent to present yourself approved to God, a worker who doesn’t need to be ashamed, correctly teaching the word of truth.”  HCSB

Underline the 4 concepts that will be discussed in the lesson:

Explain that the Apostle Paul wrote these words to a young man named Timothy.  We can learn from his life and how Paul instructed him so that we can be all God has called us to be.

First of all, Paul points out this young man's genuine or sincere faith.  Have students locate 2 Timothy 1:5 -

“clearly recalling your sincere faith that first lived in your grandmother Lois, then in your mother Eunice, and that I am convinced is in you also.”

“But as for you, continue in what you have learned and firmly believed. You know those who taught you, and you know that from childhood you have known the sacred Scriptures, which are able to give you wisdom for salvation through faith in Christ Jesus.”

Ask what they think “genuine” or “sincere” means.

Hold up a real plant and a fake plant.  Have students tell the differences between the two (only the real is alive and grows; the fake may look good, but isn’t real; etc.)  Ask what “real” or “genuine” faith looks like in comparison.

Even while Timothy was a child, God began preparing him to be the man He was calling him to be.  It began with learning God’s Word which pointed him to a genuine faith in Jesus Christ resulting in salvation.  The only way to be “approved to God” is by trusting in Jesus as our Savior and Lord.

Ephesians 2:8 explains that salvation and God’s approval of us is NOT based on our works.

“For you are saved by grace through faith, and this is not from yourselves; it is God’s gift—  not from works, so that no one can boast. For we are His creation, created in Christ Jesus for good works, which God prepared ahead of time so that we should walk in them.”

We are not saved by works, but we are saved for good works.  Take time here to share your own salvation experience while pointing out that it was just the beginning of a wonderful, daily journey with Jesus!

Paul instructs in  2 Timothy 1:9-10 that God saved us for a purpose…a calling:

“He has saved us and called us
with a holy calling,
not according to our works,
but according to His own purpose and grace,
which was given to us in Christ Jesus
before time began.
This has now been made evident
through the appearing of our Savior Christ Jesus,
who has abolished death
and has brought life and immortality to light
through the gospel.”

So to be approved to God, comes through accepting His Son Jesus and trusting in Who He is and what He did.  Trusting Christ is the first step in becoming a hero for God!

It is not God’s plan for us to just sit on a church pew once we are saved; He has greater plans than that!

Have volunteers act out what they want to be when they grow up and see if others are able to guess it.

Have one student turn in their Bible to 2 Timothy 2:1-7 and act out the three types of “workers” Paul mentions here – a soldier, an athlete, a farmer.  Once these are guessed, read the passage out loud for students to hear.

Explain that even though all of these “workers” are different, they all have one thing in common – God can use each to be a hero for Him and change the world around them.  They can each be God’s servant in whichever occupation God calls them to.

In the same way, God can use each of us right now whether we are a student in school, a baseball player, a cheerleader, a math whiz, a son, a daughter, a friend, etc.  Age should not hold us back!  Paul even talked says in 1 Timothy 4:12 –

“Don’t let anyone think less of you because you are young. Be an example to all believers in what you say, in the way you live, in your love, your faith, and your purity.”  NLT

Timothy could have used excuses for not being diligent or working hard.  Have students look up 1 Timothy 4:12 and 5:23 to find two excuses he could have used. (He was young; He was sickly)

“For God has not given us a spirit of fear and timidity, but of power, love, and self-discipline.”

He also told Timothy that spiritual training was important.  Have students turn to 1 Timothy 4:8 and read aloud.  Ask someone to share the two types of training.  Ask how we can “spiritually train.”

Ask for two volunteers that believe they are strong.  Ask them how long they think they could hold God’s Word up in their outstretched hands (standing with arms totally stretched out to the side like a cross with palms up; they cannot bend elbows).  Have a little competition.  Place a Bible on each of their hands.  After about 30 seconds add another Bible to each hand.  Continue until it’s too heavy.

Explain that although this activity took physical strength, Paul was telling Timothy that being diligent in learning God’s Word, spiritual strength, is so much more important in life and facing life’s challenges.

“preach the word; be ready in season and out of season; reprove, rebuke, exhort, with great patience and instruction. 3 For the time will come when they will not endure sound doctrine; but wanting to have their ears tickled, they will accumulate for themselves teachers in accordance to their own desires, 4 and will turn away their ears from the truth and will turn aside to myths. 5 But you, be sober in all things, endure hardship, do the work of an evangelist, fulfill your ministry.”  NASB

As we study the Armor of God through these lessons we will learn that God’s Word is called “the Sword of the Spirit”.  It takes strength and practice to wield a sword.  Our ability or lack there of could cost a life.

Paul wanted Timothy to understand how serious and important God’s call in his life was.  God gives each of us a ministry, a calling as His children.  It is important that we train and are prepared in season and out of season just like a soldier, just like an athlete, just like a farmer.  There is a war raging…there is a spiritual battle going on…and we as believers have enlisted in God’s army.  We must be diligent in knowing our Commander through His Word, diligent in wielding the Sword of His Spirit as we share Christ and are heroes in His power as we share the hope only found in Jesus!

“Fight the good fight for the true faith. Hold tightly to the eternal life to which God has called you, which you have declared so well before many witnesses.”  NLT

During this series of lessons we will also be focusing on prayer because that’s where the battle is fought.  Prayer brings what God can do.  The armor is God’s and on loan to us through His power…it is empowered by Him!  Oh…and let’s remember, we may be in the battle, but the war has already been won!

Lead students in prayer as you review.  Read 2 Timothy 2:15 out loud as their heads are bowed & eyes closed.  Remind them to “be approved to God” comes only through Jesus; have them thank God for salvation.  Have them ask God to show them where they can be a good worker for Him and help them be diligent in growing in their faith as well as teaching and sharing Jesus with others around them…being God’s hero!

If any time remains, this is a great video with Kid President about being an everyday hero!

© Copyright 2016, Susan Smart Permission granted for personal use or small group only.